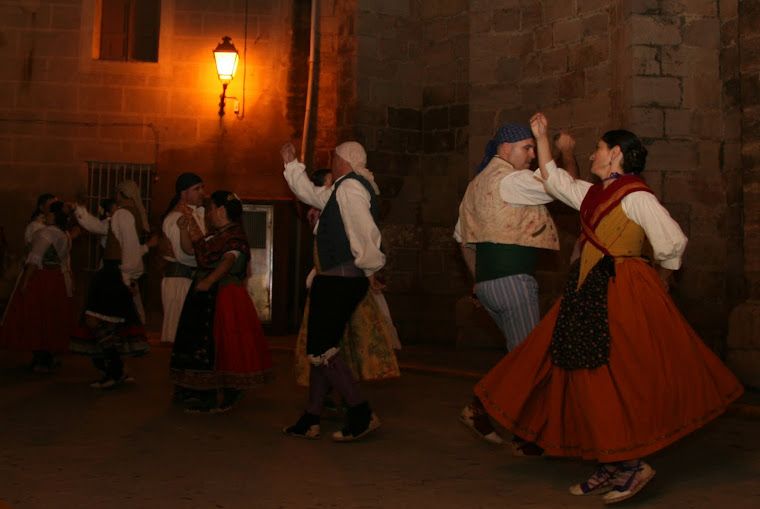 The Group of Tradicional Dances l’Arenilla was founded in 2000 in Borriana, Land of Valencia, from the iniciative of students of Adults Education Center in this town, in which members of the workshop on “Traditional dance” were gradually adding others, linked by a common interest: dances and music of our land.

The town is situated near the Mediterranean Sea and is one of the most important historical centers of Valencia. The group represents Valencian tradicional culture, dances and music and it has about 30 adults and 20 children and youths.

One or the first activities organized by the group were dances on the squares and streets to celebrate the cycle of nature: the recollection of oranges, the grape harvest, the arrival of winter... the objective is to enjoy the dance, time, life in the community with others,  and express it like people have always done, dancing and inviting others to dance, to take part in the celebration.

An exceptional attention is given to their traditional costume of XVIIIth century, as their parts, details, texture and colours represent Valencian heritage and history.

The group has recupereted some local danses like Jota and Arenilla of Borriana and restored local procession dances. They have organised folklore festivals and performed all over the Land of Valencia, other Spanish regions and also in Italy, Lithuania, Portugal, Canada, Belgium, England, France, Croatia and Slovenia.

International festivals we have participated: